I, The Artwork (2016)
Preventive Conservation

The main premise of this work is to deal with the question of boycott, can an artwork boycott? And can we take what the artwork is trying to say seriously? Creating a situation in which the artwork demands the boycott of the institution it doesn’t want to be exhibited, owned, or collected at.

The artwork produced is a photograph (79.2x120cm) which contains the contract that has been developed with Dr. Martin Heller, a lawyer based in berlin who is specialist in art related issues.

The project aims to investigate the borderline between law and justice, how justice can’t speak though law, and how law becomes a language that includes and excludes subjects according to the law’s regulations and structures.

The photograph produced contains the contract that the artwork speaks through, in which it has clear demands about how it can be exhibited, collected, and owned. But whoever exhibits, collects, or owns this artwork can decide whether to obey to these demands and conditions depending on whether they take the artwork seriously.

The work has been produced with the great help and assistance of Dr. Martin Heller
Was produced for Riwaq Biennial 5 / curated by Tirdad Zolghadr

text about the exhibition and the work by Vivian Zihler in e-flux journal: here

exhibited at Jerusalem Show 2016 as part of Qalandia International lll

the project has been supported by Mophradat 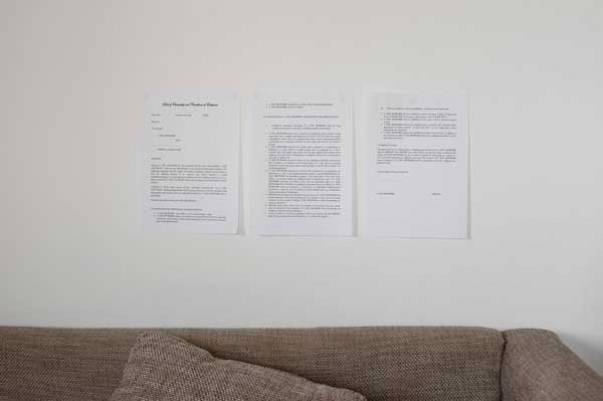 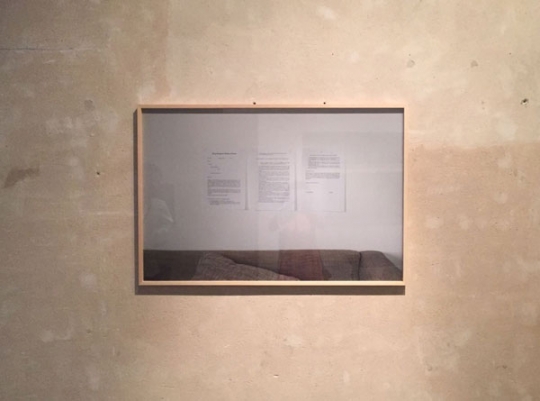