... We’d already decided that we were going south, to Hebron, passing through Bethlehem via the valley of Wadi An-Nar. There is a spot in that valley that overlooks Jerusalem; it’s the only spot where the green ID card holders can see the Dome of the Rock with bare eyes - it’s so far that one needs to gaze for a few minutes before shining dome can be spotted. A close friend used to joke that we install binoculars on that spot and offer people (for money of course), the chance to see it. “If they can’t be there for real, they can see it for real,” he would say.

When the woman in Bounty chocolate advert (the Arabic version) eats a bit of the chocolate, the time goes backwards, and she goes from the city to a Caribbean look island with all coconut trees around. While her lover is jumping in the blue sea water, the slogan comes out: The taste will take you there. The producers of this advert aim to create a direct relation between the taste and the place through the image; Bounty becomes a taste of an image, of blue seas and clear skies; the taste of paradise as in the English version. We ”the consumers” know that it won’t take us there, to the island, but we consume it so that it takes us there, to the image. It creates an experience of an image through tasting it.

Heidegger noted that photographic images appear to abolish distance in their presence yet they do not bring nearness; “despite all conquest of distances the nearness of things remains absent”, they do not imply a shift in proximity.

The picture of the Dome of the Rock -the one that is found hanging on every wall and the background of every poster- is for the post second-Intifada generation -who grew up without the possibility of visiting the city- is the image of Jerusalem, the whole city has been reduced to that picture, it contains in its two dimensionality the erasure of the city from our space of three dimensional experiences, the image becomes a documentation of the distance, or the disappeared distance. 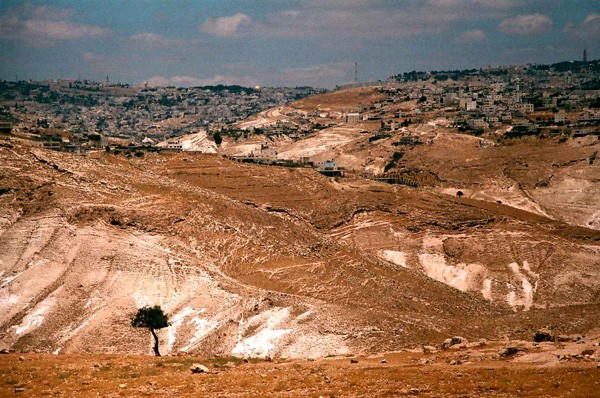 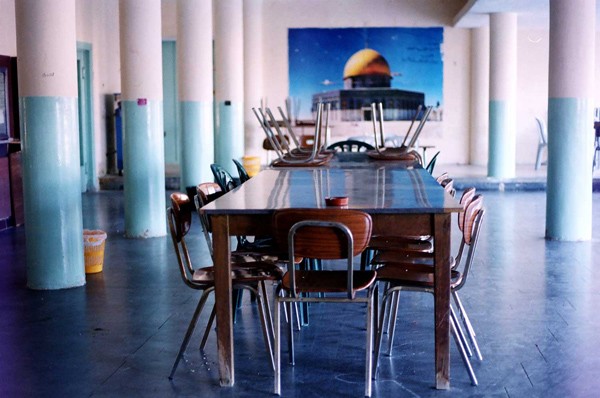 The Landscape
Regarding Distance - Edge of Arabia - London 2014